It's Expensive to be Poor 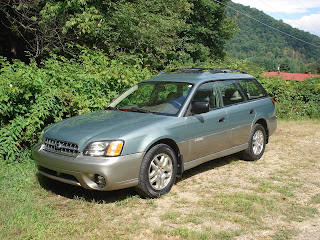 I recently paid off my car J The loan was originally for $10,000 with payments of $181 per month. The interest rate was only 3.49% but would have cost $912.36 if I would have taken the full five years of the loan. When I was attending classes it was impossible to pay for school and make extra payments, but since I graduated in May I have been able to pay four and five times the minimum with three years left on the loan. The interest I actually paid was only $446.53 which saved me $465.83. I do not like to pay fees and interest because I feel like the money goes into a black hole of nothingness. I like to play with an interest calculator and found that if I would have had $10,000 with 3.49% interest for five years, then I would earn $1,903.49.

When I was a student I barely had any money in the bank and my bank charges a $5 per month fee for not having over $500 in a checking account. I paid that fee for several years probably losing at least $150 just for being poor. I see borrowing money and having to pay interest as some other form of punishing the poor.

The more money someone has, the less fees and interest one has to pay. I work with several people who do not have bank accounts and have to pay an exorbitant fee of $8 every two weeks to cash their paycheck at the nearest bank. Over the course of a year, the person will lose over $200 to the black hole of nothingness.

Another problem with not having money is knowing a lot of people who have even less money. Rich people rarely meet poor people unless it is a customer-server relationship. To a rich person, the poor are an abstract concept who are only useful for charitable tax deductions. Nearly everyone in the middle and upper strata of society can pay their utility bills, have cars and the basic luxuries of a western lifestyle. What’s more important is everyone they know has a similar lifestyle and are somewhat unaware people live differently than they do. The disconnect from people who do not have modern conveniences can save someone a lot of money. I know several people without cars and are in need of a rides on a regular basis which over time can cost a significant amount of money for someone with a car.

I read a paper which linked poverty with an increased rate of smoking. I know a number of people who would rather not have heat in the winter than give up cigarettes. The cost of a name-brand pack of cigarettes is around $5 and assuming the person smokes a pack a day would equal $1,825 per year that’s enough money to buy heat for a house or a really cheap car.
Posted by Carrie Thore at 8:29 PM 1 comment: