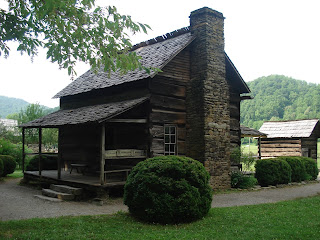 This concept of following your dreams is a relatively new idea when compared to the history of humankind. The vast majority of the people in the past did not have time to think about what they would rather be doing, but instead life was a daily struggle for survival. What did people do in the past? They plowed fields, tended animals, built their own house, kept the hearth fire going, baked bread and had a lot of children. An individual had to be averagely good at a lot of different jobs in order to survive. Nowadays, most people have the view that they have to be great at one particular job and just do that job for the rest of their life. Not only does society tell us we are only supposed to do one job, but also we should love our one and only job or what is commonly called a “passion.”

It has recently become a bit of an obsession of mine to read sad stories about people who decided to follow their passion only to wind up as indentured servants to student loan debt. I’m not sure why I like to read their stories. I do feel sorry for those people and would help if they were a family member. I graduated without student loan debt. It took me a long time to finish and I did have to cash out a $2,500 retirement account, but I have no debts. Student loan debt is one of the very few debts that cannot be discharged through bankruptcy and Social Security can even be garnished to repay it. My dad used to have a phrase about not paying for a dead horse. I have found his view to be very useful because if I buy something on credit that I’m not living in, driving around or using on a daily basis, then it is essentially a dead horse.

Who is the best salesman? A man who believes in the product he is selling. Universities are essentially businesses where all of the salespeople really believe in the product they are selling. All of the professors bought into the idea that they only way to succeed is to obtain a degree. In fact, all of the educators you have ever met have the same mindset because all of them went down the same path and it worked for them… sort of. Most of the professors I met and got to know a little are drowning in student loan debt. Some of them get to do interesting research and maybe that is worth the trade-off of being in debt and having limited time to spend with family.

I worked with a former professor at the casino who had a PhD in ancient languages and was still paying off his student loans at the age of sixty. He had given a few lectures at Stanford and also co-authored a textbook, but he had not been tenured and had no retirement, so he was essentially destitute. Today, while working in the restaurant, I met a man who I also used to work with at the casino, and he told me about a mutual acquaintance who has finished a PhD in Biology but cannot find a job in his field. I know the man fairly well because I would see him around campus and knew he was working at the university teaching a few lab classes. It was very disheartening to hear how even with advanced degrees in a hard-science he still is not able to find a job in what he likes to do.

Where is the light at the end of the tunnel? Here is my advice… don’t quit your day job. Most of the people I know and admire have very average jobs with strong hobbies. My beekeeping mentor works in a factory but is one of the most passionate beekeepers I know. Another man I know drives a semi-truck and he fixes Harleys in his spare time. The woman who works in the local toffee shop creates beautiful paintings that she sells at art galleries and shows all over the southeast, and she is also one of the top pool players in the country. I work as a waitress but I’m also a beekeeper, a gardener, a clay animal maker, a lifelong learner and sometimes I even find time to write for all of my dear readers on this silly blog J
Posted by Carrie Thore at 10:22 PM