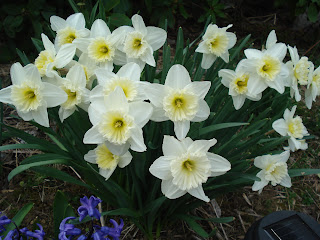 Narcissus was a handsome young man who was adored by women and nymphs, but he rejected all of them. A spurned woman said a prayer that one day he would know what it was like to love but to not be loved in return. He was on a hunt through the forest when he called for his hunting companions but only heard Echo. She was a nymph who loved Narcissus and longed to speak to him, but she had lost her ability to say what she wished. The goddess Juno had cursed Echo for talking too much and lying to her about where Zeus was. Echo’s curse said that she could only repeat back what was said to her, but she would always have the last word. When Narcissus called to his companions he said “Who is here?” and Echo replied, “Here.” Narcissus saw no one but called, “Come.” She answered back, “Come.” Narcissus asked “Why do you shun me?” Echo said the same thing. Then he said “Let us join one another.” Echo answered back with all of her heart and went running to meet him. He saw her and backed up yelling, “Hands off! I would rather die than you should have me!” She then answers, “Have me.” She was heartbroken and went to live in caves and mountain cliffs. Her body eventually faded, and her bones were changed into rocks with nothing left of her but an echo.
One day while Narcissus was in the forest he stopped to have a drink of water at a clear pond. He saw his own reflection and thought it was a beautiful water spirit living there. He gazed at it and went to kiss the water spirit, but the object fled from his advances. He talked to the being in the water asking, “Why, beautiful being, do you shun me? Surely my face is not one to repel you. The nymphs love me, and you yourself look not indifferent upon me. When I stretch forth my arms you do the same; and you smile upon me and answer my beckoning with the like.” He stayed next to the image and didn’t eat or drink and eventually wasted away and died. Echo had always stayed near Narcissus, and when he died she and the other nymphs had prepared a funeral pyre, but his body was nowhere to be found. In the place where he had died watching his reflection was a flower.
I summarized this myth from “Bulfinch’s Greek and Roman Mythology.” It is slightly different in other versions, but they all have the main similarities such as Narcissus is always paired with Echo. He never recognizes the image in the pool to be his own. Echo loves him and he loves to hear his words echoed, but he doesn’t love her. In all of the versions he wastes away and dies next to the pool of water.
This myth shows us what happens to us if we only hang out with people who are like us. We only grow, learn and experience when we quit hanging out with ourselves and people who will only echo what we wish to hear. It’s a risk for all of us, when we are around a group of people who share our similar beliefs and attitudes that we will start loving our group so much, we become incapable of leaving our own reflection. The problem is that, like Narcissus, we don’t recognize when this begins to happen. We make the ones who echo us into objects, and we don’t love them as individuals. We only love to hear what others repeat back and reflect what we wish to see.
Posted by Carrie Thore at 8:07 PM