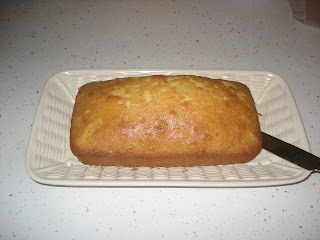 Before starting this project, I intentionally left room for two additional items from the grocery store if I should want them. I haven’t really needed anything other than the ingredients needed to make bread. I also eat white rice every other day. So far, I haven’t used vinegar or cooking oil in anything. I plan to use more of those two items this summer with the vinegar used as a base for salad dressing and the cooking oil for fried vegetables and trout.

I added vanilla extract as one of the ten store-bought foods I’m allowed to have this year. I chose to add vanilla because it is in all the cookies and pastries that I would like to make. It is versatile as a baking ingredient and my sister-in-law even uses it for French toast.

I attempted to make half pound cake today and it came out very bad. It was so greasy from too much butter. I have never made any cake from scratch because I prefer the taste of the boxed kinds. Here is the recipe for pound cake that I will never use again:

Greasy Half Pound Cake.
1-3/4cup Flour
1cup Sugar
1cup Butter (2 sticks)
6 Eggs (It called for 4.5 but the eggs from my chickens are a little smaller)
1tbs Vanilla 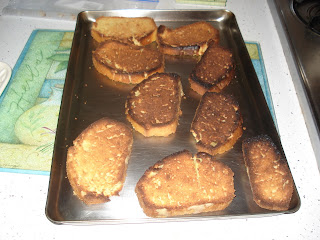 The batter tasted heavenly, but the end result was a thick oily pound cake. I then made the problem worse by trying to broil it in the oven to cook some of the butter away which resulted in burnt pieces of greasy pound cake. As much I hate to waste food, I had to throw it away.
Posted by Carrie Thore at 1:25 PM